Konica Minolta just rolled out an ambitious new global initiative in Berlin that promises to transform the way we work. Dubbed by Konica  “the world’s most connected intelligent edge platform for the workplace of the future,” Workplace Hub promises an environment of seamless collaboration in a mobile, “always-on” world.

That sounds great, right? But what does that really mean? I think the answer might be a little different for every person, and that might end up being the most valuable aspect of this entire effort. The platform is about “you” — how you work, how you access data from the network, what details you need and when, who you share information with and collaborate with. In a world where the importance of people as individuals seems to be receding in the rear view mirror, the Workplace Hub may be giving the power back to the individual.

Let’s take a step back and look at what was launched on March 23 in Berlin to get some context. This was a global launch. Konica Minolta clearly spent many months planning this event and that was apparent from the caliber of speakers. One of the most interesting keynotes I have heard lately came from novelist and artist Douglas Coupland, who is responsible for popularizing the term “Generation X.” His post-modernist view of the world allowed for many provocative sound (and visual) bites during his presentation that were ideal for sharing on social media. I’d love to know what the overall engagement and reach on social media was during the KM Spotlight launch – I have a feeling the number was astronomical given the international room of media clicking away and posting live.

Here is just a sampling of the quotes:

Coupland laid the groundwork for a panel discussion on the future workplace. Bringing together a global set of thought leaders including a world renowned architect, a writer, an economist, an inventor (he was only 17!) and executives from HPE and Microsoft (both partners on this venture), the group discussed how businesses can prepare and adapt to new technology and new generations of workers, and the impact data and automation will have on all our futures. Dan Holme of SharePoint summarized it succinctly by defining the workplace of the future in three words: “Achieving Creative Potential.” Unlike some of the comments from the keynote speaker, that doesn’t sound dystopian at all!

But the keynote and the panel were all just an effort to set the stage for Shoei Yamana, CEO and president of Konica Minolta Inc., to unveil the new product and talk a little about Konica Minolta’s direction as a company. This launch is described as a “strategic shift” that will allow Konica Minolta to deliver more comprehensive digital transformation solutions in the future.

Yamana stated that “innovation is not just about developing and connecting superior devices. It is about connecting people with intelligently analyzed data.” Yamana sees the need for Konica Minolta to “become digital problem solvers who create value for people and society by facilitating effective decision-making.” Konica wants to expand their IT services and solutions business with a single connected platform. They believe the future of work will be defined by connected intelligent systems. And with that, the Workplace Hub was launched:

In a very Apple-esque presentation, the new hub appeared out of a cloud of smoke to big applause. Dramatic and fun. But what did we just witness? What is it? What’s being launched? A new MFP? A server? Why are we in Berlin?

Dr. Dennis Curry, senior director, Business Innovation and R&D at Konica Minolta Inc. to the rescue. The culmination of two years of effort, the Workplace Hub in its tangible form comes either integrated with an MFP, or as a rack mounted or standalone server, and it incorporates a product portfolio designed with flexible IT and open infrastructure architecture. It uses a hybrid cloud environment that allows for full control over data security.

The hub has four core competencies:

In short, the team developed an IT enabled information center for collaborative working that they believe will become the most comprehensive platform, services and capabilities on the market for the future workplace.

Taylor, CEO & President of Konica Minolta Business Solutions, USA, has been involved with this project since its inception, sitting on the executive steering committee that helped develop the Workplace Hub. Taylor thinks this is a turning point in Konica Minolta’s transformation, but really driven by the transformation of their customers. He believes this new platform changes the game entirely. An agile and open design allows companies to “do IT on their own terms.” The platform provides the architecture for businesses to control all of their IT technology infrastructure. And there it is again in a nutshell — passing the control back to the user.

This is a play for the SMB with a goal of simplifying access and collaboration. The platform allows companies to scale as they grow, with the ability to connect individual hubs into larger networks as they expand.

Meticulously thought out and elegant, the interface is designed to be intuitive and not intimidating for the non-IT worker just trying to do their job. As Yamana stated in his presentation, connecting people with the data from both the past and present that they need to make intelligent, real-time decisions is what Konica Minolta sees as the path to success in the future.

While this solution is initially targeted to the SMB, I can see in some of the comments of a few executives that this could also be a compelling offer for certain types of enterprise environments where there is a decentralized ecosystem closer to the customer and a need to connect many offices and a large number of employees with a multitude of access points.

So where do we go from here?

This launch wasn’t really about today, it is about tomorrow. About an edge computing platform leveraging cognitive capabilities to create an environment that supports AI and automation in a seamless, integrated system. The fact that the launch occurred in Berlin, a city that has been such a critical part of recent history, split in two and now constantly reinventing itself just seemed to fit the narrative. Konica Minolta is taking a dynamic and bold approach, placing big bets on what they believe will eventually become a cognitive hub. One you can’t live (or work) without. 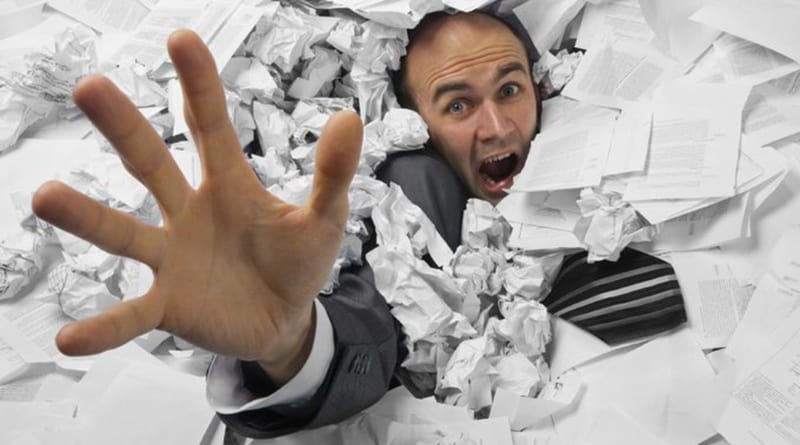 Konica Minolta’s Workplace Hub Set to Simplify IT for Customers