I have often felt that there should be a special support group for people with loved ones who work in IT. Every job, of course, comes with its share of frustrations and complaints, but somehow the IT-related ones seem to be extra special.

In addition to the standard frustrations of too much work, too little time and too few resources that most workers seem to share, there are the additional problems that only technology can bring — a constantly evolving ecosystem, software that upgrades on different schedules and becomes incompatible at the drop of a hat, mistakes made by someone who had the job three years ago that go undiscovered for years until they knock out an entire system, and of course the dreaded end user. Many of the diatribes I’ve listened to over the years are downright incomprehensible without a dictionary of IT acronyms. Some of them change depending on the work environment — private business or higher education; Fortune 500 or small business.

There is one rant, however, that has remained consistent regardless of the situation, and that’s the rant against management. Not necessarily direct management, but any member of management without an IT background who is, nevertheless, involved directly or indirectly in making IT decisions.  As with so many problems in our world, a good many of the differences of opinion between IT and non-IT are likely due to differences in understanding — a lack of communication, if you will.

Canon recently commissioned a study that explores the thoughts of both IT decision makers and non-IT executives regarding workflow optimization and I was immediately curious. As soon as I saw some of the results of the study, I moved from curiosity into full-on fascination. There is a big gap between IT and non-IT executives’ perceptions. One might even go so far as to call it a communication breakdown.

To clarify, Canon’s Workflow Optimization Study is fairly specific, although it’s representative of a larger issue. The study surveyed full-time employees at companies with at least 500 people. The IT decision-makers in the study are employed full-time in a director position or higher in the IT department, or are an IT professional outside of an IT department who have a major influence in the company’s IT decisions. “Executive” in this study refers to non-IT professionals employed outside of an IT department in a vice president position or higher. “Professionals” refers to the two groups combined.

The survey asked a number of questions surrounding the importance of various IT-related investments in running a business effectively; for example, the importance and future of paper-based workflows, the existence of technology support for BYOD, security concerns, and more. As you can imagine, there was a good deal of discrepancy in responses, some more so than others.

Since differences of opinion make for interesting reading, let’s start with the areas of greatest divergence in opinion. The questions regarding bring your own device (BYOD) policies were particularly telling. Sixty-two percent of all the professionals said their organizations provide technology support — to any degree at all — for BYOD. However, 57 percent of IT decision-makers said support is provided for all devices and platforms, while only 23 percent of executives said the same. Conversely, 36 percent of executives said it was only provided for certain devices and platforms, while 12 percent of IT decision-makers said the same.

This immediately brought to mind a situation at a company I worked for once upon a time. I, like so many people in that bygone era, had a Blackberry, but iPhones and Android devices were beginning to show up in business settings. I knew that the company supported Blackberry, not because of any policies that were posted on the employee intranet but because of what someone else in my office who had a Blackberry told me. I’d been thinking about an Android phone but, without any evidence to the contrary, assumed my company didn’t support it. Imagine my surprise when, at a business dinner, my CEO pulled out a Droid and proceeded to send an email. “You can get your work email on that?” I asked. “Sure,” he said. “Just ask IT to set it up.”

Not letting employees — and by employees I’m referring to everyone else in the company — know the BYOD policy is tantamount to not having one.

I spoke to Dennis Amorosano, vice president, marketing and professional services for the Business Imaging Solutions Group at Canon U.S.A., about the study and the roundtable discussion Canon held with analysts and media afterward. One of his takeaways spoke directly to this issue, although it’s not something that would have immediately occurred to me as an effect of this lack of communication. “There are employee morale and retention issues related to BYOD — companies are not giving as much thought to these types of issues. Companies dealing with those issues are driving employee engagement,” he said. “Employees are more likely to move to organizations that are conducive to lifestyles. The level of engagement where they don’t have policies is less, and they’re much less productive. That’s the data that sits under the covers and is not so easy to see, but has one of the more profound impacts.”

It makes good sense. A clearly communicated, updated and logical BYOD policy sends a message to employees that they are an important part of the company; that technological and IT-related decisions are being made purposefully and with the entire company in mind.

When it comes to mobile printing, there are even more glaring discrepancies. When asked what amounts to a yes or no question — “Does your company offer printing from mobile devices or tablets to your print infrastructure?” — 67 percent of IT decision makers said yes, while only 47 percent of executives said their company offered that ability.

“We didn’t expect to see such a big gap between IT and non-IT on what was available,” said Amorosano. “It calls out the tremendous education that has to go on internally within companies. In many cases where IT feels they have solutions, users are not aware.”

Not surprisingly, the level of importance placed on various items differed greatly as well. While overall, 67 percent of professionals said investing in enterprise server-based document management technology was important to running their businesses more effectively, the two groups ranked its importance differently. Eighty-four percent of IT decision-makers said it was either extremely or very important, while only 60 percent of executives said the same. The same question regarding cloud-based document management technology was ranked extremely/very important by 79 percent of IT decision makers and just 47 percent of executives. Digitizing paper-based information broke down at 78 percent and 54 percent.

Not all areas bred such diverse opinions. Security, for instance, was an area on which most professionals agreed. When asked about issues related to their current document workflows that they were very or extremely concerned about, 65 percent of professionals cited security breaches. That’s understandable, and fortunate — given the high profile security breaches have received in mainstream news recently, there would be much more room for concern if security wasn’t top-of-mind for everyone.

Amorosano sees an opportunity for Canon in the communication breakdown. “As a vendor, when we look at that kind of information, it’s a signal that we can play a role bringing together IT with users that they serve.” It’s a valid point for any vendor or person working with a business of any size.

Beyond that opportunity, there are other positive takeaways from the study; most notably, workflow optimization is important to high-level company executives, and businesses are making the investment in it. The identification of security threats as an important issue is also good news, as security compliance will also be a major focus when making or improving such implementations.

In short, technology is a wonderful thing that makes work easier and life better and probably pays the bills for most of us. But sometimes we have to step back and remember to communicate with the human beings in our offices as well as the devices. Just as a breakdown occurs in machine-to-machine communication when a message is sent using incorrect syntax, human communication breakdowns can occur in a message sent in a language the other party doesn’t understand. Communication is only complete when a message is sent, received, and processed. It’s a three-step process I’m going to implement in my IT-lovers support group, and one that professionals in both IT and non-IT fields would do well to remember. 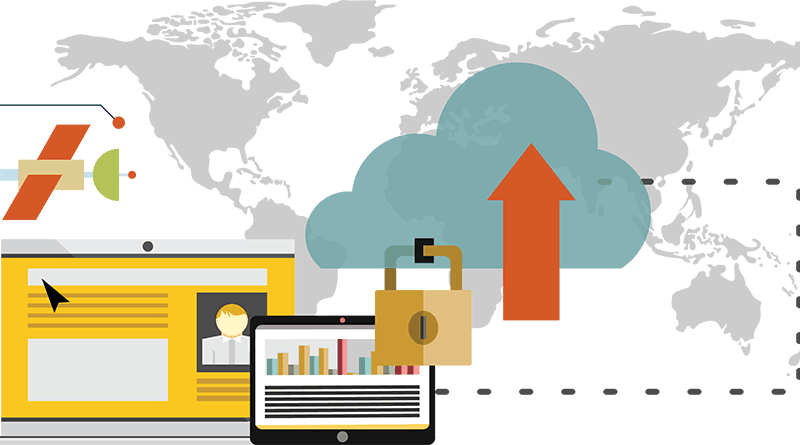 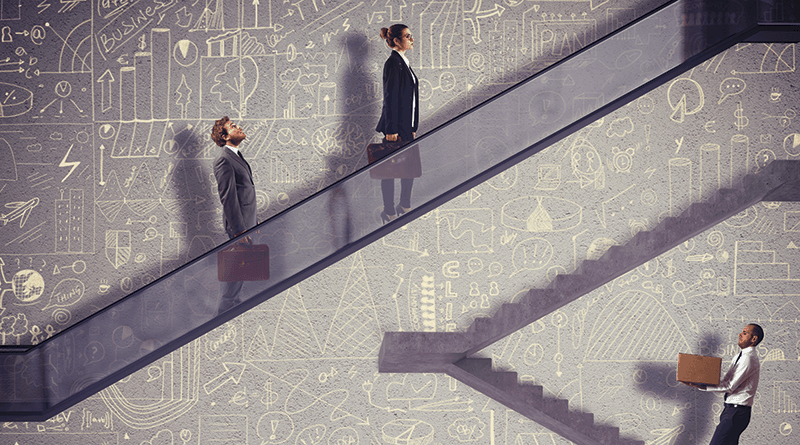 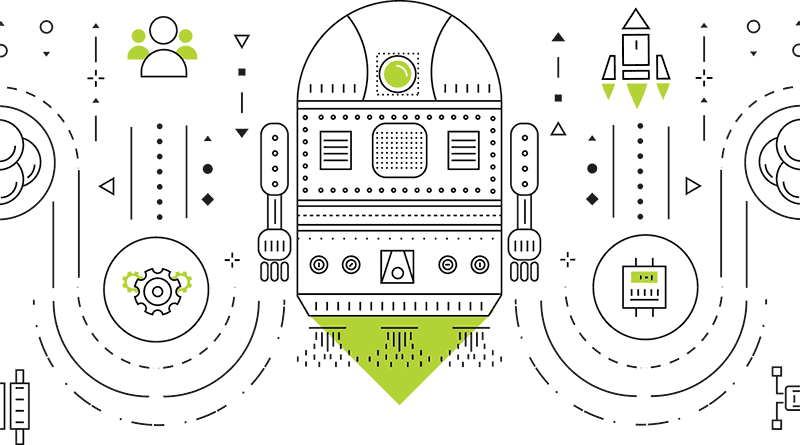 AI Can’t Advance Without Inviting ECM to the Party

Securing Your IT Environment for Today’s Mobile Workforce