Low-code and no-code development platforms tend to get lumped together in one category but they aren’t the same. Confusing the two can lead to inflexible or incapable applications instead of a robust digital strategy.

Matching software to business requirements takes some legwork, but differentiating low-code and no-code only takes a few minutes. Low-code and no-code platforms actually have less to do with code, and more to do with who the platform was made for — two very distinct groups. Before delving into semantics, let’s take a quick trip back in time to see how programming arrived in its current form.

Computer programming languages originated from machine code and were excruciating to manipulate. In the 1950s, innovators engineered high-level programming languages with English-like commands, increasing the speed of coding and enabling easier understanding for non-technical workers. Over the next several decades these languages evolved until the internet prompted functional language formation and a push for programmer productivity.

Visual, object-oriented languages emerged in the early 90s as a new generation of tools that can solve problems by thinking outside the box, entirely restructuring processes. Developers could design software by selecting functional components from a catalog of choices on the screen and combine them to create applications with minimal coding.

When no-code development platforms emerged, apps were already being developed on low-code platforms with little to no hand-coding. Both low-code and no-code platforms allow efficient solution construction to boost productivity while eliminating the need for in-house server storage. What is the difference, then?

Let’s break these two down.

Professional developers can create sophisticated apps with low-code tools in a few weeks — rather than years — by manipulating comprehensive functionalities. Time previously dedicated to groundwork coding of the overall architecture, security layers and storage is now devoted to forming the “meat” of complex solutions crucial for foundational processes at the core of the business.

Apps built on low-code platforms generally carry a life cycle of more than five years and require fewer updates. The developer has more control over construction and can overlay coding to extend functionality and fill in gaps when needed. While developers can build solutions code-free, there are fewer pre-built templates and ready-made components, requiring more technical expertise. Low-code platforms are too complex for business users to handle without programming or extensive IT knowledge.

Business users, or citizen developers, can solve primary business use cases by creating simple applications for specific departments. Business users with little IT know-how can develop scalable, limited solutions usually employed for reporting, analytics, and tracking. These applications can integrate with other systems or stand alone, and most offer mobile accessibility.

No-code apps evolve as they are implemented, often requiring modifications and tweaking as citizen developers discover the ins and outs of building apps. No-code platforms feature user-friendly interfaces, similar to low-code platforms, but on a much simpler level not suited for complex use cases. Unlike low-code development, no-code users fluctuate according to changes in staff.

The tables are turned

In the past, technology was for big enterprises that could afford the most expensive legacy systems and the necessary IT staff to go along with them. Modifying and upgrading these extensive systems consumed considerable time and resources, and enterprises would delay upgrades, compromising security while missing out on new features. Now, any business user can create an application without an IT department or a hefty budget.

Most organizations can benefit from both low-code and no-code development. Especially when considering the massive task of digital transformation, both will be an important way to get there. Low-code delivers the specialty applications required, and no-code produces the hundreds of quick satellite apps IT teams rarely have time for. This vision can be achieved through these agile platforms with less staff and lower costs. Over the next decade, internal coding will diminish, further disrupting business models.

The future of development

As no-code and low-code platforms grow in development and capabilities, their different user bases will cause each to specialize deeper. Low-code platforms will keep offering more functionality for programmers while no-code will go all in with business users.

AI will also play a vital role in the future of development platforms for easier integration between other data sources. Engineers are currently working on AI solutions able to choose the best scenario possible for a workflow’s course among a list of given options.

Low-code and no-code platforms are here to stay as the future of business solution development. If your company is on the path to digital transformation, seize the opportunity to solve problems and achieve new heights through a strategic alliance between an efficient platform and its proper user.

Suresh Sambandam is the CEO of Kissflow, the first unified digital workplace for organizations to manage all of their work on a single, unified platform. Kissflow is used by over 10,000 customers across 160 countries, including more than fifty Fortune 500 companies. He is an expert and renowned entrepreneur on a mission to democratize cutting-edge technologies and help enterprises leverage automation. He is also a part of Forbes Tech Council. Suresh is passionate about entrepreneurship, technology startups and spends a significant amount of time in the startup ecosystem mentoring young companies. He co-founded SaaSBoomi, Asia’s No. 1 & largest SaaS Conference. 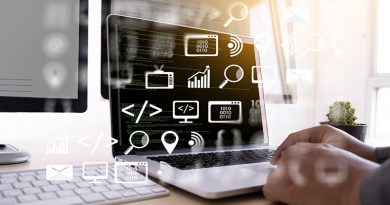 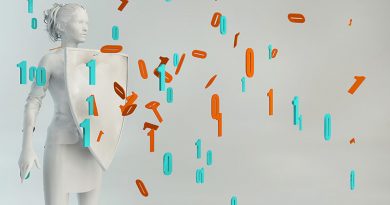 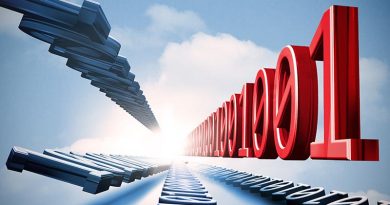