A major law firm facing a pressing electronic discovery (e-discovery) issue needed to collect and process an extensive amount of digital data within a short deadline — 72 hours — so the firm could prepare for a scheduled mediation conference concerning a labor relations matter. And as it turned out, the short deadline was only one challenge.

Another challenge turned out to be the amount of data. Initially, the firm estimated that the data would total about 80GB. Instead, the total amount of data eventually collected and processed during the project was more than three times that amount, totaling over 1 million documents that consisted mainly of emails and related files potentially relevant to the lawsuit.

Then there was a third hurdle to overcome. The firm was surprised to discover that it did not have the necessary passwords for opening mailboxes and collecting relevant emails. This situation, which caused a 24-hour delay, had to be resolved while still meeting the 72-hour deadline.

To meet these challenges our team utilized its expertise to create the right document review workflow for managing such an unexpectedly large data volume within the tight deadline. This included leveraging the right partner for data collection and using an industry-leading e-discovery platform for processing the documents. When it came to solving the missing passwords, the project team’s experience and ingenuity would be called upon to help save the day.

There were several factors critical to the success of the project. One was implementing a workflow that included collecting emails spanning an 18-month timeframe from custodians that included employees who were suing the firm’s client, a transportation company. Our project team partnered with a digital forensics expert and worked with the transportation company’s IT team to collect the data.

The next step in the workflow after collection was to move the data to a server of another project partner where it was processed using an industry-leading e-discovery platform. The data was then transferred into a workspace where a project team expert applied quality control testing. This included running search queries to identify and solve concerns, such as why a specific document didn’t contain any text (e.g., because it was a photo) or clarifying why a particular custodian’s data had so many corrupt files and if any of those corrupt files were potentially relevant.

The team reported the results of these quality control activities to the law firm while also batching the documents into groups. These were sent to attorneys who reviewed the documents one batch at a time in order to determine such criteria as relevance and privilege. The project team monitored the review process and continually reported key metrics to a firm senior associate such as what percentage of the review was complete and what percentage of documents were found to be privileged or non-responsive. The final step in the process was for the law firm to produce the data to opposing counsel.

Another key to success was the project team’s expertise and flexibility when such issues as the missing passwords arose. We assumed a consulting role in helping the law firm and its client fix the problem. Using a secure WebEx/videoconferencing tool, the project team coached IT personnel at the transportation company, including system administrators, through the process of gaining entry into the mailboxes and uploading the emails to a file server. This included using tools that helped ensure the data transmission was forensically sound — i.e., that metadata was not corrupted as documents were copied from one environment to another.

The team completed the project within the 72-hour deadline. The law firm and its client successfully mediated a settlement and we destroyed the evidence within a few days of the finalized settlement agreement, as instructed.

For all the players involved, the project wasn’t just about document processing. The successful outcome entailed so much more. It was about effective collaboration, communication and teamwork — between our project team, client and partners — from the moment the clock started ticking. It was about setting up an efficient collection and review protocol, which included quality control testing and reporting, that enabled the project team to accomplish so much in so little time. It was about having the expertise, experience and flexibility to solve problems quickly as they arose, from lost passwords to larger than anticipated volumes of data that required processing.

Finally, it was about allowing legal professionals to spend less time concerned with activities that are not within their main focus, such as collecting and processing data, and more time devoted to their core mission, practicing law.

is a certified enterprise content management practitioner (ecmp) and director of corporate communications for Canon Business Process Services, a leader in managed services and technology.

The HR Technology Checklist Every Department Should Use 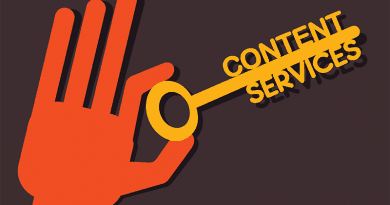 Make Your Information Work for You: Using Content Services to Redefine What’s Possible on Your Campus 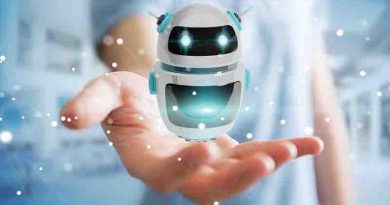 How Insurers Can Leverage RPA For Efficient, Cost-Effective Workflow