Dropbox is getting into the e-signature market with a major acquisition of electronic signature startup HelloSign for $230 million in cash, its largest purchase ever.

Dropbox is mostly associated with file storing and sharing, but the acquisition expands the company’s reach and puts it in competition with companies like Adobe and DocuSign. The move adds functionality that can potentially lure more big businesses to the company’s core file sharing and collaboration products, where it contends with Apple, Google and Microsoft.

The acquisition furthers Dropbox’s goal of becoming “a place for people to come together to co-create and collaborate on their content — connecting people with the functionality they need to do their best work,” said the Dropbox team in a blog post.

HelloSign has 80,000 customers, including Intuit. Companies can embed the HelloSign signature system into their own software, and the technology is available inside products from Google and Salesforce, as well as Dropbox. HelloSign also has tools for virtually faxing documents and managing the flow of paperwork, but the signature tool is the most popular.

“With over an exabyte of data on our platform, millions of people already use Dropbox as a place to collaborate on their most important content,” said Dropbox cofounder and Chief Executive Officer Drew Houston. “We’re thrilled to welcome HelloSign’s talented team to Dropbox and add their capabilities to our product suite. HelloSign has built a thriving business focused on eSignature and document workflow products that their users love. Together, we can deliver an even better experience to Dropbox users, simplify their workflows, and expand the market we serve.”

With HelloSign, users are allowed to append their signatures to digital documents and also request signatures from others. Other companies can integrate the HelloSign signature into their own software.

“What is unique about HelloSign is that the investment they’ve made in APIs and the workflow products is really so aligned with our long-term direction,” said Dropbox’s SVP of Engineering Quentin Clark. He added that the business deal would help the company “pursue that broader vision,” including its goals of expanding its storage capacity.

For the time being, HelloSign will operate as an independent business with its CEO Joseph Walla reporting directly to Clark. What’s not clear yet is whether Dropbox will integrate the service more tightly with its own. We like this focus on workflow. Does this signal a renewed acquisition phase for Dropbox? 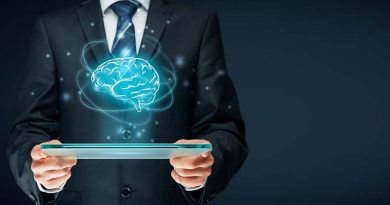