by Jim Lyons
Attending October’s DEMO Fall 2013 conference in Silicon Valley left me with a great number of impressions and inspirations. But none surprised me more than the outright vote of confidence regarding the positive role paper/hard copy plays that was voiced by one of the high-tech executives onstage. When it comes to business and personal productivity categories, one of the mobile apps world’s most prominent companies is Evernote, and its CEO, Phil Libin, let the audience know that the digital and hard-copy worlds belong together.

Its distinctive green elephant logo and pervasive presence on diverse computing and mobile platforms make Evernote a nearly household brand, as exemplified by another of the companies also at the conference – a much newer one, but a winner of one of the coveted DEMO God awards. That company is Hello Doctor, a medical-records app for helping individuals keep all their health records in one place. In a brief interview, Hello Doctor CEO Maayan Cohen positioned the app by saying, “Dropbox (is) for your files, Evernote (is) for your notes, and Hello Doctor (is) for you medical records.”

Although it takes an unusual 100-year view of its own future, Evernote is a company that also believes in the enduring nature of hard copy. And I should not have been surprised, actually. As a longtime user of Evernote possessing awareness of the product’s excellent integration with scanned and otherwise digitized information, the solution stands as a classic case of providing users (now numbering 75 million) a way to bring together ALL their information, digital and otherwise. The company’s deepening commitment to this can be seen in its recent co-branding with Fujitsu via the Scansnap Evernote Edition Scanner (see below).

The company’s 100-year view of itself (now about five years in) was affirmed and expanded upon by Libin, who commented in his DEMO Fall 2013 presentation, “Founder School With Phil Libin: What You Didn’t Know About Evernote.” This presentation offered a unique blend of a CEO putting his own product through its paces as well as explaining the vision and philosophy behind it. Viewable on YouTube (http://www.youtube.com/watch?v=tPiGu2m8JFo) as part of the DEMO channel, Libin explains the company’s “coming around” on hard copy. Asked by DEMO Conference Executive Producer Erick Schonfeld to explain more about the bridge between physical and digital worlds, Libin said, “We started off with, ‘We’re going to kill paper.’ This is just arrogance. … Get rid of stupid, (but) keep the good.” And that includes the printing (as well as handwritten notes, highlighting another Evernote alliance with 3M and its Post-It products) that users value and don’t want to give up, Libin explained.

Positioning Evernote as providing “essential, indispensable products for knowledge workers,” Libin also tied that vision into users’ overall mental well-being. “Happiness matters now more than ever,” he said. “Mak(e) knowledge workers happy. How? Being able to elegantly deal with the onslaught of details coming at them all the time. That’s what we at Evernote want to do.”

“What animates our next five years? As a central investment hypothesis, we see that the lines between the physical world and the digital world will rapidly fade, as will lines between the consumer and the enterprise worlds,” Libin continued. “We’ll have no more designing for the purely ‘software’ world – it has to include considerations for the physical world as well. And that’s the same for consumer and enterprise worlds. We must design for both.” Referring to the aforementioned co-branded, co-marketed scanner as one solution that could help accomplish that, the CEO moved away from his otherwise humble approach, stating, “We make ridiculously the world’s best scanner, (built around) super-black magic.”

As mentioned earlier, I know Evernote’s service both as one of my go-to solutions for building a common repository for documents and photos I access from multiple computers and mobile devices as well as one of my first means by which to continue working on notes and articles while offline (typically on airplanes), knowing my work will synchronize when I get back online. Google Docs was also an early solution, but Evernote’s mobile apps have for years been way ahead of what’s now called Google Drive. And as recently as this summer (but before DEMO), I was reminded of the pervasiveness of Evernote when picking up my Google Glass as part of the Explorer program; of the limited number of apps and services integrated in Glass’ very early stages, Evernote was among them.

Now, having heard Libin in person and having had some time to reflect back on his wisdom, the tips and tricks, and information about the company I obtained at DEMO as well as through a Nov. 11 Time magazine article featuring Evernote and Libin (who was interviewed during an Evernote users group meeting and provided great background on the company’s history, mission and strategy), I am more of a true believer than ever and remain a daily user of the app on my many PCs and other platforms. 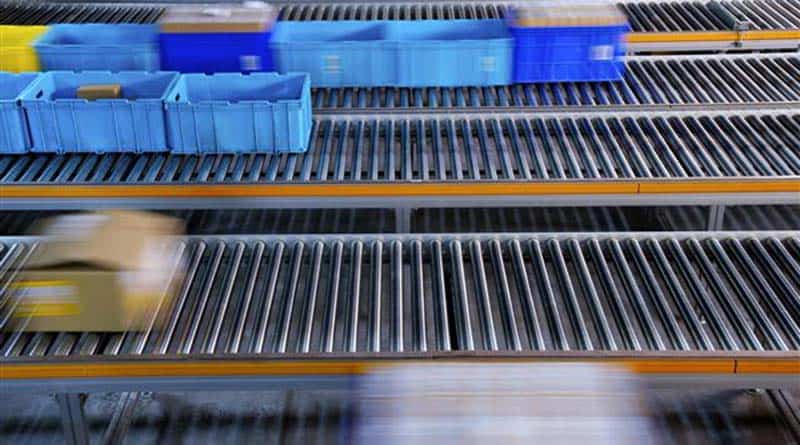 Banks are Cashing in on Intelligent Capture

Procurement Data by the Numbers: Signs of Troubled Processes

Tale of Two Tablets – Incrementalism Versus a ‘Whole New Thing’