Meg Whitman, President and CEO of HPE, reiterated HPE’s vision of being the industry’s leading provider of hybrid IT, built on the secure, next-generation, software-defined infrastructure that will run customers’ data centers today, bridge them to multi-cloud environments tomorrow, and power the emerging Intelligent Edge that will run campus, branch and Industrial IoT applications for decades to come. All of this is delivered through a world-class services capability.

Following a number of strategic portfolio moves, including the spin-offs and mergers of the Enterprise Services and Software businesses, the future HPE will have the right assets to achieve this vision, including core software and services capabilities that differentiate HPE from its competitors and deliver the company’s infrastructure solutions.

Market Opportunity for the Future HPE
The company will be well-positioned to address a market of more than $250 billion that is growing at 2-3% annually. This market opportunity includes:

“Hewlett Packard Enterprise is in a strong position,” said Whitman in her remarks. “We have a clear strategy, aligned to the market opportunity, and will be more focused than ever on how we innovate in our business models, our products, our solutions and our go-to-market.”

Financial Update
Tim Stonesifer, Executive Vice President and CFO of HPE, provided a financial update, including an outlook for FY17.

Reaffirms FY16 Financial Outlook
HPE reaffirmed its FY16 outlook. Revenue is expected to grow 1-2% year-over-year when adjusted for recent divestitures and currency. FY16 non-GAAP EPS is expected to be approximately $1.90 to $1.95, which is at the high end of the original outlook for the year. As communicated on HPE’s third quarter earnings call, the company expects to deliver free cash flow of $1.7 to $1.9 billion in FY16, and to return over $3 billion of cash to shareholders this year, in the form of share repurchases and dividends.

Three Views of FY17 Financial Outlook
Given two pending transactions — the spin-merge of Enterprise Services with CSC in early April and the spin-merge of Software with Micro Focus in the second half of FY17 — Stonesifer provided three different views of HPE’s FY17 financial outlook:

Combined Company Outlook
First, as HPE is structured today, including a full year of ES and Software contribution, HPE expects revenue to be flat to down 1% when adjusted for divestitures and currency. HPE expects non-GAAP EPS to be $2.00 to $2.10 and GAAP EPS to be $0.72 to $0.82. On a normalized basis, excluding the impact from restructuring and separation costs, free cash flow is expected to be approximately $3.6 billion to $3.9 billion.

As Reported Outlook
When adjusted for the lower EPS contribution and expenses associated with the ES and Software transactions, HPE expects reported non-GAAP EPS to be approximately $1.45 to $1.55 and GAAP EPS to be $0.29 – $0.39.

FY17 reported free cash flow will also be reduced from the normalized level due to the partial year contribution from ES and Software, previously announced restructuring and separation payments, and a $2.5 billion payment to fund the ES pension associated with the spin-merge. Given these factors, HPE expects to deliver negative free cash flow of approximately $1.8 billion in FY17.

While HPE’s FY17 free cash flow will be negative due to the pension funding payment, the operating company’s net cash level on its balance sheet is expected to increase from approximately $7 billion at the end of FY16 to approximately $11 billion in FY17, primarily due to the ES and Software transactions and the underlying strength of HPE’s normalized free cash flow engine. With this in mind, the company is committed to returning approximately $3 billion in total to shareholders in FY17, and will end the year with an operating company net cash balance of approximately $8 billion. In addition, the company expects cash flow to approach normalized levels in FY18.

“In FY17, we will maintain our disciplined capital allocation framework, with a bias towards share repurchases,” said Stonesifer in his remarks. “Given our strong cash position today, the cash we will receive from the ES and Software transactions, and the underlying strength of our normalized free cash flow engine, we are committed to returning approximately $3 billion in total to shareholders in FY17.”

Future HPE Outlook
Stonesifer also discussed how HPE’s financial profile will be improved following the completion of the ES and Software transactions, and provided an outlook for the future HPE, excluding ES and Software for the full year. The future HPE is expected to see modest revenue growth in FY17. Non-GAAP EPS would be approximately $1.25 to $1.35 in FY17 with GAAP EPS of $0.29 to $0.39. On a normalized basis, the company expects free cash flow to be approximately $2.1 to $2.4 billion.

“HPE’s financial profile will be improved following the ES and Software transactions,” Stonesifer continued. “HPE will be a faster growing, higher margin company, with strong cash flow in FY18 and beyond.”

Enterprise Group
In his presentation, Antonio Neri, EVP and GM of the Enterprise Group, recapped EG’s solid performance to date in FY16, outlined a clear strategy aligned to market opportunities and customer needs, and described the steps the business is taking to optimize its operating model and deliver strong profitability.

Enterprise Services
In his presentation, Mike Nefkens, EVP and GM of Enterprise Services, provided highlights of the three-year turnaround of the business, specifically its stabilized revenue, higher win rates and doubled margins since FY13. He also discussed the upcoming spin-off and merger with CSC, which creates significant value for HPE shareholders and allows ES to accelerate its journey. The new combined CSC-ES will be the number one, independent, end-to-end IT services firm in the world.

Software
In his presentation, Chris Hsu, EVP and General Manager of Software, said HPE is on track to complete the spin-merge of its Software business with Micro Focus in the second half of fiscal year 2017. Ahead of the close of the transaction, HPE is focused on delivering on its financial commitments and making sure the Software business is set up for a smooth integration with Micro Focus. The combined entity will be one of the world’s largest pure-play software companies with a broad portfolio of products and services to address the challenges IT and business leaders are facing.

Webcast details
A webcast of today’s event, along with management presentations and other materials, is available on the Investor Relations website at investors.hpe.com.

This press release contains only a summary of some of the information being presented at today’s event and should be read in conjunction with the management presentations and other materials made available on that website.

About Hewlett Packard Enterprise
Hewlett Packard Enterprise is an industry leading technology company that enables customers to go further, faster. With the industry’s most comprehensive portfolio, spanning the cloud to the data center to workplace applications, our technology and services help customers around the world make IT more efficient, more productive and more secure. 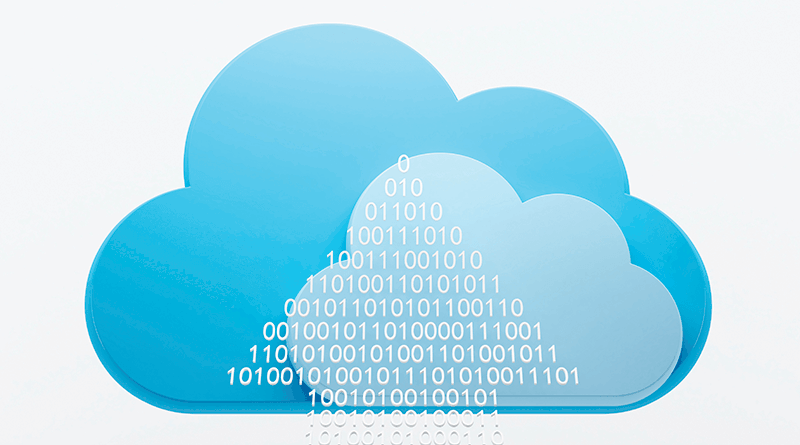 HPE Fully Commits With ‘Everything as a Service’ Model

Hewlett Packard Enterprise and Intel Collaborate to Deliver Proven, Open Solutions for the Internet of Things