Workplaces have traditionally consisted of people following processes that were supported by technology. Not anymore. I’ve been thinking a lot recently about a keynote presented by Dr. Tassu Shervani which explored how technology is reshaping the world, along with the opportunities and challenges it brings. Dr. Shervani is a professor at the Cox School of Business at Southern Methodist University as well as an external consultant to some of the largest companies in the world. He discussed why he thinks technology is coming at us so fast, explained S-curves to the layman, and talked about how we are on the cusp of a technological revolution that will fundamentally change the world. It was hands down one of the best presentations I have seen in a long while, and I must not have been the only person that felt that way, because after the Sharp National Dealer Meeting where I first experienced Dr. Shervani’s insights, I was lucky enough to see Shervani again in Ft. Worth sponsored by Sharp at the latest BTA event.

Shervani believes that part of the reason technology is coming at us so hard and so fast, is because of the dramatic increase in R&D spending. “Last year, the world spent 1.8 billion dollars on R&D; never has this much money been spent on R&D,” he said. In fact, that number is rising at a rate of 7 to 8 percent each year.

If you were to break down R&D spending by sector and industry, then the most R&D money — $218 billion in 2017 to be exact — is spent on information and communications technology (ICT). “That’s the sector where all of you in the audience play,” Shervani told the crowd.

Shervani says this surge is the result of two factors: more players are investing, and the venture capital phenomenon. He explained that unlike in the past, when developed nations would be spending most — if not all — R&D dollars, today, nations like Singapore or Taiwan are emerging as big R&D spenders.

Shervani also attributes the huge influx in R&D spending to the unprecedented amount of venture capital in circulation today. At the time of his speech, Dr. Shevani said that there was about $250 billion in investments by venture capital firms worldwide — funds that can provide businesses with a ton of runway for their R&D budgets. Shervani suggests that we can expect a lot more venture capital in the future, noting that a Japanese hedge fund was able to raise 100 billion dollars — 40 percent of the global supply at the time — then vowed to raise even more in another fund.

The importance of jumping S-curves

“One way we try to understand technology is through this concept of S-curves,” said Shervani. S-curves consist of four phases — ferment (development), take off (adoption), maturity and discontinuity — which represent the technology lifecycle. “As your first S-curve begins to flatten out, what must you do? You must jump to the next S-curve, or you’re going to die.”

As an example, Shervani explained that while Microsoft enjoyed a huge portion of market share in the mid-80s through the early aughts during the PC era, their failure to jump the S-curve into the mobile device era cost them big time.

Just as industries can jump S-curves, so can humans. “Human beings have been through three transitions, and they are in the process now of going through the fourth one,” Shervani explained. Starting in the 1800s we went through the agricultural revolution, but over time, technological advances like mechanization, irrigation, fertilizer, pesticides and biotechnology pushed us to the peak of that S-curve. Over the next century, we would jump to the manufacturing S-curve, then to the services S-curve, where we are today.

But, he says, the services S-curve is peaking and we are entering what he calls the “cyber-physical/cyber-life revolution.” This revolution is going to merge the physical world with the information world using technologies like data analytics, machine learning, AI, robotics, VR/AR, 5G, IoT, blockchain, and the gene editing technique CRISPR CAS9.

Shervani used the automobile industry as an example of how transformative the cyber-physical/cyber-life revolution will be. In this era, he predicts that we will see fuel cells replace combustion engines and electronic motors, leasing replaced by sharing, taxis replaced by ride sharing, and autonomous drivers replacing humans.

How dealers can jump the S-curve

Lightning in a bottle

Technology continues to improve and develop at breakneck speeds, and it’s causing a lot of problems and creating a lot of opportunity. Investors have taken note and are pouring cash into R&D in the hopes that they’ll catch lightning in a bottle. But with all this investment, we are bound to transition into the cyber-physical/cyber-life era. As a result, dealers are going to need to adopt new technology to jump the S-curve or risk perishing. 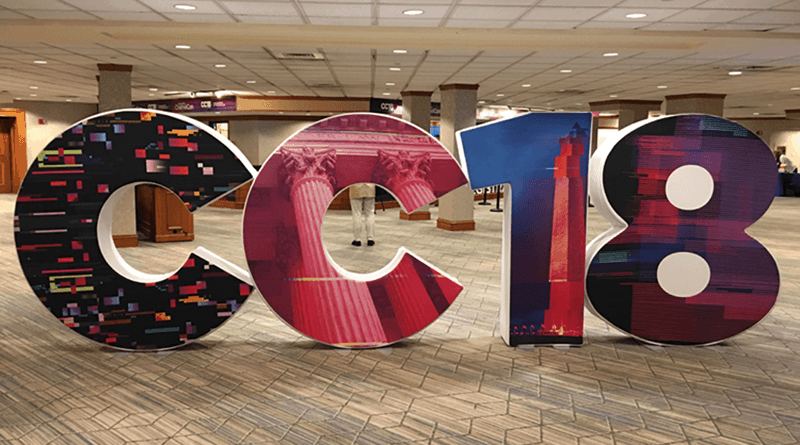 Cybersecurity Has Become the Business of Technology at CompTIA ChannelCon

The Future of Work Is Not a Treadmill Desk

Two Themes That Can Wreck Your Digital Transformation Plans