In a move that to date has attracted very little market attention, Nuance has acquired Notable Solutions (NSI). Rumors of the deal began to surface a couple weeks ago but no formal press release was issued. At this point, neither firm has provided much detail regarding the acquisition and terms of the deal have not been disclosed.

Nuance and NSI both offer solutions for the document imaging market. Nuance, which itself has been in the news recently as a potential acquisition target, provides solutions in scan/capture and workflow, print management, and document conversion. Most recently, Nuance made a big splash with its Power PDF conversion and collaboration software. (For more on Nuance acquisition news, see the previous article in the Workflow Analyst Corner).

NSI is best known for its document capture, workflow, and output management solutions, and the firm has worked hard to provide seamless integration for its solutions into a host of other software applications and MFP platforms. Like Nuance, NSI partners with most of the major MFP hardware manufacturers, including Canon, HP, Konica Minolta, Kyocera, Lexmark, Ricoh, and Xerox, just to name a few.

Although few details are available, Nuance has at least confirmed the acquisition, stating that the deal with NSI has strategic importance to the firm’s long-term plans in the document capture space. Nuance positions Notable Solutions as critical to strengthening and expanding its services and offerings in this area. At this point, there are no plans to discontinue products from either side and Nuance confirms that both solutions will continue to be supported.

On the surface, Nuance’s acquisition of NSI would seem to be more of a competitive move designed to eliminate market competition. There is significant overlap in products and solutions, OEM partnerships, and even target markets between the two firms. Nuance’s eCopy ShareScan and NSI’s AutoStore solution offer very similar feature sets and functionality in areas of document capture, routing, and workflow automation. The same is true for Nuance’s Equitrac and NSI’s Output Manager, both of which are print management solutions that support features such as print job tracking, accounting, and secure printing.

Nevertheless, it does seem that the two firms target slightly different markets. Nuance is highly visible in MPS and the traditional office enterprise space, while its most prominent verticals are healthcare, education, and legal. NSI’s market penetration is similar although it appears to have had additional success in construction, government, and financial verticals. Whatever the case, Nuance already has a fairly long list of high profile clients, and with the NSI acquisition it is likely to add to that list.

It remains to be seen how this acquisition will impact the overall landscape for embedded MFP solutions. As already mentioned, both Nuance and NSI have partnered with many of the same equipment OEMs, some of which offer support for both solutions through embedded systems platforms. It is likely that this arrangement will continue for some time. Even so, Nuance might eventually look to consolidate some of its document capture and print management solutions under a single architecture — perhaps one that includes feature sets from both solutions.

Strategize, Centralize and Automate: Tips for AP Practitioners in the New Year 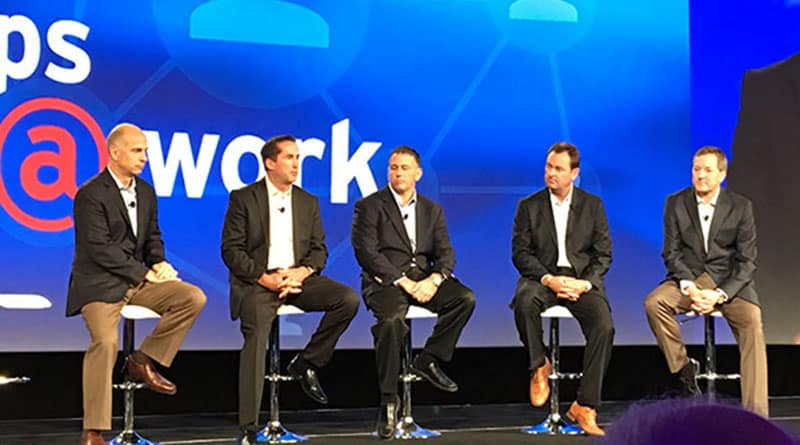 The Workflow of Relationships