Square 9, it must be said, throws a good conference. Now in its second year, the company’s Encompass event again took place in Clearwater Beach, Florida, a town known for white sand beaches and the world’s best grouper sandwiches, as well as the beautiful Opal Sands resort. Square 9 took the fullest advantage of its location with outdoor meals, receptions and a sunset cruise for attendees.

Oh — and the breakfast got a solid 9.5 on the baconmeter, the new standard by which conference breakfasts are judged.

So now that we’ve established the quality of the location and the food — two of the critical components of any conference and you’re kidding yourself if you say they’re not — let’s get on to the main business, which is … wait for it … business. Encompass packed plenty of work in with the play, starting with a full-day Reseller Recertification track on the first day of the event, designed for previously certified technicians to catch up on new features as well as allowing them to refresh and enhance their understanding of the existing products.

The main event began with Square 9 President and CEO Stephen Young’s keynote in which he presented an overview of the company’s progress. In the last year, Square 9 saw 38 percent year-over-year growth as well as some major product releases and rebranding. The rebranding will result in the renaming of the company’s signature SmartSearch product to GlobalSearch, and a resulting Global suite — a multiline set of products that will include capture, ECM, workflow and web forms, and will go live in early December. Other notable changes in the lineup include the availability of GlobalCapture as a standalone solution in addition to being part of the GlobalSearch platform, and additional functionality of GlobalSearch C2, the cloud-based program, allowing broader choice between hosted and on-premise solutions.

Young reported on a number of trends that reflect what we have seen as an industry — mainly, the increased prevalence and importance of software in the office technology space that was once a largely hardware-centric realm. In 2015, he said, Square 9 saw 22 percent growth in software licensing and 39 percent growth in professional services, and that workflow and business process management are the driving force behind most new projects — 79 percent of all new installations include BPM licensing, and 58 percent include integration with the client’s ERP or other line of business system. He also noted that 74 percent of projects in the last year included capture automation and 42 percent of Square 9’s resellers report carrying an advanced capture solution. Young cited trends that include 5 percent growth in the worldwide capture market in 2015, with the U.S. leading the way with 9 percent growth. The market will surpass $4 billion by 2019, he said — and the SMB is the area with the most growth opportunity.

If there were any questions about the crucial nature of software in today’s office environment, the event’s primary sponsors should put them to rest: Konica Minolta was the platinum sponsor and Canon and Kyocera shared the gold sponsorship. Konica Minolta, which last year partnered with Square 9 to deliver SmartSearch/GlobalSearch, was awarded Distribution Partner of the Year during the final-night awards ceremony, and Konica Minolta Director of ECM Sales Michael Thomas shared some highlights of that partnership during the Reseller Success Story on Day 2. Thomas, who came to Konica Minolta through its acquisition of ECM provider AMS Imaging, underscored the critical nature of being able to connect systems and data for today’s customers — a concept Young was emphatic about in his keynote, espousing the value of current data. “The true value of data is not in warehousing it,” Young said. “Historical data only has limited value. Real value comes from viewing, analyzing and understanding data so you can make good business decisions.”

One of the more interesting parts of any event like this is talking to the end users, who made up a little more than 20 percent of the roughly 300 attendees. I spent a lot of time with the IT department of a Midwestern county government, and listening to them talk about how they work with Square 9 products on a day-to-day basis offered interesting insights into real-world use cases. Other interesting conversations I had included IT techs in the transportation industry and some folks on the software implementation team of a major dealer. The crowd, not surprisingly, skewed pretty heavily toward the IT space, as even the resellers seemed to have the IT staff along — one person commented that it felt more like a user group than a dealer meeting, which I have to think is what Square 9 is shooting for, particularly with the reseller recertification offerings. I also sat in on a session hosted by Young and CTO Brian Banet that provided an overview of Square 9’s 2017 plans but also served as a brainstorming session for both resellers and end-users. It was interesting to hear the back-and-forth of ideas, and the 90-minute interactive session certainly offered the impression that the Square 9 folks take user input to heart and put it into action.

Square 9 has stayed busy over the last year, and more importantly has stayed competitive – no small feat in an ever-changing marketplace. In a market where the SMB’s needs are as critical as the large enterprise, a complete offering that allows scalability, flexibility and competitive advantage is key. Square 9 appears to be covering its bases nicely and the next year will be an interesting one as we see how some of its new products and implementations play out going forward. 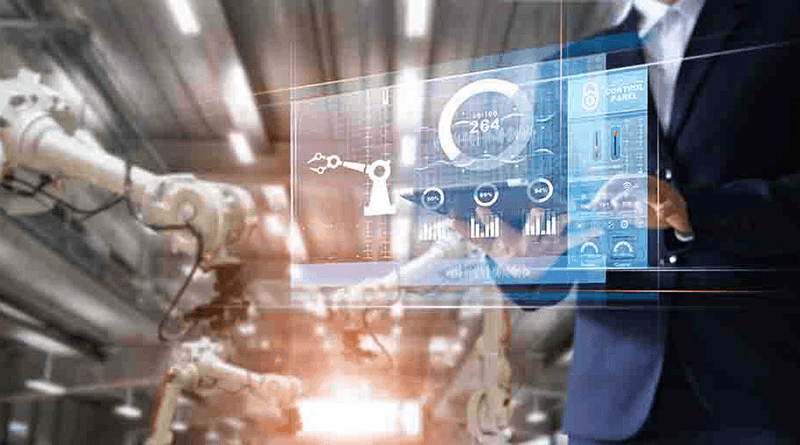 HP Focuses on Convergence of IT With New Enterprise Infrastructure Solutions