Smart speakers, smart thermostats, internet doorbells, cameras — the list goes on: Connected devices are becoming more and more prominent in our everyday lives. To most, these devices are an excellent way to make our days easier and more efficient. For hackers? It’s an opportunity. An invasion of one’s Wi-Fi or device network can jeopardize a variety of sensitive information and privacy.

Sumos is a hacker alert system for connected devices and has developed a way to combat these threats effectively and affordably. I had the opportunity to sit down with one of the founders, Leah Quesada, who some of you might know from her former stint at Xerox.

What was the inspiration behind Sumos?

At Sumos, we believe smart homes and small offices should also be safe. Sumos was built on the idea of keeping these environments — and the world as a whole — more secure.

What type of consumer benefits from Sumos?

Newly launched IoT devices such as smart thermostats, speakers, doorbells, and more are particularly vulnerable to hacker attacks. A potential consumer of Sumos is someone who owns one of these connected devices, and who wants a simple and affordable solution to the threat of hacking.

More specific examples of our target consumers would be:

●      A person who recently bought an Amazon Alexa or Ring doorbell.

●      Homeowners who have internet cameras and/or a Nest thermostat.

●      A person who is not particularly tech-savvy.

●      Professionals who work from home on connected devices.

As a startup, Sumos is in the crowdfunding stage and needs to raise enough funds to finish the last 20 percent of the software. The company’s goal is to launch the final physical product by year-end.

Currently, we’re building prototypes and have tested the product concept with a handful of likely consumers — ranging from a U.S. Navy engineer to professionals who work from home. The reception of the prototypes has been positive.

Where do you see Sumos focusing its efforts next? In five years?

For now, we will ship Sumos with its known database of patterns, but the future of Sumos is in artificial intelligence, capable of detecting new patterns of security threats. With the utilization of machine learning, our software will be able to observe patterns of network traffic on home and small office Wi-Fi networks. Sumos will then take those patterns, turn them into machine learning algorithms, and predict whether or not there are any new types of hacking.

In five years, connected devices will be ubiquitous in every household. At this time, we see Sumos as a staple in every home as technology continues to evolve.

Do you use Alexa, Nest, or Ring? While these smart devices simplify life greatly, they’re also hackable. Sumos is for people who love to use smart devices, but also want the peace of mind that their home and/or small office network is secure. It’s a simple technology that notifies you on your phone when one of your devices is under threat.

Sumos provides hands-off monitoring and protection for your network and all of your connected devices right in one convenient place — the palm of your hand.

Sumos is simple to use, and unlike anything that exists today, it’s completely wireless and unobtrusive. Best of all? It’s affordable. You get the Sumos device for free, and only pay for the hacker-alert monitoring service, which is as low as $5 per month. Sumos ensures your security will not cost you an arm and a leg.

As we keep your smart home and small office safe, you free yourself from worry and have more time to spend on things that you truly enjoy.

Isn’t that what life’s all about? 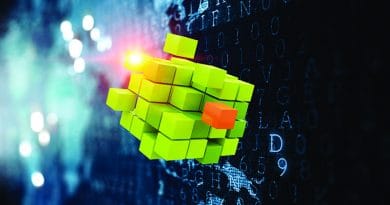 The Coming Together of Content Management, Digitization and AI

The Coming Together of Content Management, Digitization and AI