The cloud shaped the way we worked over the last decade.

In 2009 less than a tenth of employees worked from home globally. Now, 70% of global employees work remotely at least once a week. The rise of the cloud has made having a global workforce substantially easier, and has benefited businesses in many ways. Talent pools are larger, teams are more diverse, and collaboration is more dynamic thanks to cloud-based tools like OneDrive and Slack. In fact, the concept of all employee interaction being confined to an office is increasingly out of step with trending practices.

Without cloud-based tools, this kind of change would never have happened so smoothly. If the period from 2009 to 2019 was defined by cloud-powered business transformation, the new decade seems poised to be defined by a new agent of workplace evolution: process automation.

How process automation strategy will evolve in the 2020s

The concept of process automation isn’t new. We are already seeing how process management is made simpler by automation, and how employees are reacting to the way its implementation impacts the workplace.

In fact, a 2019 cross-generational study of workers found more than 75% of companies already use automation tools to a significant extent, but employee reception varies. While the vast majority of workers in the study said they appreciate the benefits created by automation, many of them fear that it could affect their job security.

However, over the next decade process automation strategy will take center stage in enterprise decision making. At the outset of the 2010s, cloud strategy was optional, then gradually more advisable, and just 10 years later, absolutely essential. Today, a cloud strategy is nearly universal across the business landscape, from mom and pop shops to the Fortune 50.

Process automation is set to follow the same path. Over the next 10 years, process automation will further embed itself into business operations and decision making across industries and revolutionize the way work is done around the world.

Process automation is already entering the mainstream and momentum will only continue to build. And as it becomes more sophisticated and mature, AI applications and automation tools will become more powerful. This evolution toward automation will continue to augment human roles and responsibilities — in most cases making jobs more efficient as opposed to eliminating them.

But just as we saw with the cloud, process automation will impact different industries, companies and departments in different ways. We learned last decade that a one-size-fits-all approach does not work in the cloud, and it won’t work in automation, either. Many nuanced and technical decisions will need to be made across industries — what’s best for the department, process or IT workflow will all need to be considered when setting a process automation strategy.

However, there are some universal truths decision makers in any industry should know about process automation strategy. Here are some core assumptions:

Automating business processes will differentiate successful companies from inefficient ones over the next decade. And just like the cloud over the last ten years, companies who lag behind in preparing their automation strategies now will have a much harder time catching up in the future. If you’re smart, it’s time to assemble your teams and get them thinking early about the value process automation will bring to your business over the next decade and beyond.

is CEO of Nintex and a proven SaaS executive with more than two decades of financial and operational experience at mid- and large-sized software companies. From 2014-2018 Eric served as Nintex CFO where he was key in driving the company’s move to the cloud and subscription pricing. Prior to that, Eric served as vice president of finance for Jive Software, where he helped lead the company through its IPO process, and before that, as vice president of worldwide sales operations at Serena Software. He has also held financial and operational leadership positions at Merant, InFocus Corporation and IBM (formerly Sequent). 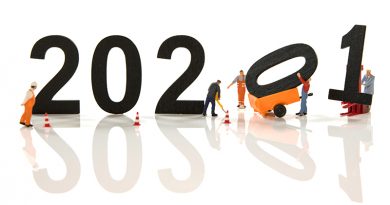