Most companies, regardless of the industry, began their automation journeys using on-premise, client-side robotic process automation (RPA) solutions. But does on-premise RPA, in which an organization purchases an automation software license and runs it entirely on its own premises, still make sense, given the developments automation has undergone and the options now available?

If several recent surveys are to be believed, the answer may be no. A recent survey conducted by Blueprint Software Systems, for example, shows that 74% of participating companies still using their original RPA tool are in the process of switching automation vendors or considering a move to a new automation tool. A report by Automation Anywhere, meanwhile, indicates that 68% of surveyed customers have migrated their automation estates to the cloud.

Obviously, there is no right or wrong answer. The best solution depends on each company’s specific needs. Given that, organizations are well-advised to consider the pros and cons of both on-premise automation and cloud automation before making any kind of move.

Beginning with the former, on-premise automation at its most basic offers greater control and security. In terms of implementation, it enables user access to be completely controlled according to a company’s internal policies and protocols. This is particularly beneficial for organizations in highly regulated industries, such as financial services, banking, healthcare, and life sciences.

On the flip side, implementing on-premise automation typically requires a long time. Because automation software and infrastructure are hosted internally, dependencies are created on both the IT and SysOps teams. The people on these teams have to do all of the heavy lifting. They have to set up the servers that will host the technology. They have to set up all of the accounts. They have to get all of the users onto the system. In short, they are responsible for all of the time-consuming, user management activities – all of which can drastically slow actual implementation.

Arguably, on-premise automation’s biggest advantage is its security features. For companies that want or need more control and authority over security protocols, on-premise platforms allow security to be aligned and managed with internal policies. This is not simply a “want to have,” but a “must have” for any organization handling sensitive data that is subject to vigilant regulatory control. Like implementation, though, managing on-premise security can cause delays and lead to higher costs because it depends entirely on a manual effort. It also lacks the automatic update features cloud automation provides.

In terms of maintenance and support, on-premise automation again offers increased control. Users can opt not to employ a new software version because they don’t have the time or resources to deal with the bottlenecks buggy behavior or UI changes potentially could cause. Unfortunately, that also means missing out on newly developed features and capabilities that could increase returns and help in scaling. Depending on internal resources for upgrades and general maintenance can also limit performance and agility.

Cost is perhaps the most significant drawback of on-premise automation and one of the main drivers nudging organizations toward cloud-native automation platforms. Licensing coupled with the IT effort needed to manage the users, the servers on which the technology is hosted, and the maintenance for all of that infrastructure can be expensive and subject to increases over time. And while there is potential for long-term savings, new pricing models from cloud automation platforms that depart from expensive licensing schemes are convincing a growing number of organizations to consider a shift to cloud automation.

Finally, on-premise automation offers the opportunity to build custom reports, in addition to clear access to databases and back-end logs. Analytics can be fine-tuned and further customized to provide insights that offer the most value. In fact, the only real disadvantage to an on-premise setup when it comes to visibility and analytics is that, as with so many other aspects of the platform, it requires in-house support to set up, maintain, and produce those assets.

While the current wave of organizations shifting to the cloud would suggest that on-premise automation is becoming passé, the facts show that when it comes to security and internal control, on-premise platforms provide a clear advantage over cloud-based automation. On-premise automation remains highly attractive to organizations which are in high-security or highly regulated industries. It also offers the benefit of custom reporting, with ready access to all back-end data.

The downsides? The cost of on-premise automation – coupled with its dependence on internal resources to host, maintain, and support that infrastructure – are undeniable disadvantages. Licensing and personnel costs are also contributing to the failure of on-premise to yield an acceptable return on investment for many companies. But while a shift to the cloud may be the obvious way to go – particularly if high security and regulation is not a pressing issue – cloud automation also has its pros and cons. We’ll examine those using the same criteria in our next article. 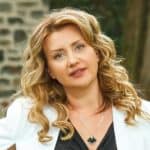 Irina Lunin is the Vice President of Research & Development at Blueprint Software Systems and is responsible for the vision and evolution of Blueprint’s Business Transformation Platform, a powerful solution that helps large enterprises understand how work is getting done today, so that they can improve it as efficiently and cost-effectively as possible. Irina has a proven track record of delivering innovative solutions and is passionate about building technology that helps organizations consolidate all of their process information in one place, allowing them to optimize and automate their business processes. For more information, visit https://www.blueprintsys.com