by Larry Barrett | 8/30/13
Workflow is a product, a concept, a buzzword and – depending on your perspective – either the best or worst thing to ever happen to the American economy. It’s an old concept buoyed by new technology that’s turning industries and neighborhoods upside down while simultaneously forcing all of us to redefine exactly what our commercial – if not human – “value add” is.

Workflow does a lot of things, but perhaps what it does best is delineate the difference between the haves, the want-to-haves and the have-nots – the winners and losers of this digital revolution.

To the “company class” – defined roughly as all of the ridiculously overpaid, beaucoup-option-holding top executives; some of the handsomely paid, perk-addled and option-endowed corporate minions; and – on a much, much, much smaller scale – the millions of indirect, stake-holding average Joes and Joans holding fractional positions of Google, Apple or McDonald’s through their mutual fund baskets – workflow is a very good thing indeed.

To the “worker class” – defined roughly as everyone unable to write mobile apps for the Android or Apple operating systems (or unable to fake the enthusiasm required to sell, market or evangelize the same); some of the people who used to work for these same companies before either a software application, a downsized-executive-turned-consultant or some failing-to-the-top NYU grad came along and rendered or deemed their contributions extraneous; and all the rest of us who have to compete with the “company class” for things like, you know, real estate and quality medical care – the reality of workflow is a very bad thing.

Lower wages. Layoffs and constant job insecurity. Less expendable income, which in turn creates less economic growth and fewer employment opportunities for everyone. Less income, the intended consequence of improved productivity derived from workflow that’s afflicting the “worker class” and benefiting the “company class,” means less taxes, which is a double-booted kick to the groin for this ever-shrinking “worker class” because these people and their families are the ones who actually need more services (think quality public schools, not food stamps).

The scorecard: workflow’s winners and losers

But this cycle ensures people like Yahoo CEO Marissa Mayer can keep spending $60,000 to have lunch with designer Oscar de la Renta (yes, it was for charity – such a luxury this charitable-giving business) and investing in failed upscale bakeries while people working two jobs (one of them full time at McDonald’s) also have to rely on the government to make their meager, exhausted ends meet.

In other words, McDonald’s – No. 111 on your Fortune 500 scorecard – and thousands of other companies need the government to continue directly and indirectly supplementing its workforce to keep them alive so they can still show up to cook the Big Macs and work the drive-thru. But that’s not socialism. No. That’s what the “company class” calls capitalism.

Because unlike 10 or 20 or 30 years ago, the people working at McDonald’s aren’t just teenagers looking for walking-around money. This fundamental change in both the age and socioeconomic status of the modern fast-food workforce juxtaposed against the ironic presence of free Wi-Fi and mobile ordering and payment systems the company is now testing portends exactly where “workflow” is headed both technologically and culturally.

That it was McDonald’s (with an ironic assist from Visa) that recently provided this slap in the face masquerading as a “financial plan” to its workers speaks volumes about how all these “improved efficiencies” in the modern economy have become little more than a gateway drug to a new and more insidious form of corporate welfare. Not only is the “worker class” getting squeezed out, marginalized and demoralized by the potent combination of technology and the ready supply of cheap, unregulated labor abroad, but a significant portion of the taxes taken out of this group’s diminishing paychecks is being used to “subsidize” the very workforce these companies need to continue generating their escalating profits.

Maybe that’s why thousands of fast-food workers are striking this week. Maybe they have a point, particularly considering McDonald’s earned $5.5 billion in 2012 alone and McDonald’s cynical “financial plan” posits expending only $20 a month for health insurance without even including a line item for child care. But profits like that fuel stock prices that make it possible for top executives to exercise and sell shares to buy more planes, villas and even entire Hawaiian islands.

While these are examples from the tech industry and the world’s largest real estate company – I mean, fast-food chain – the same theme applies across the energy industry, the banking industry, the pharmaceutical industry, etc.: all of this wealth concentrated in so few hands at, eventually, the expense of everyone, including those lucky enough to be near the very top of the pyramid.

How far removed are we from a world where millionaires are serving billionaires pina coladas poolside at the resorts owned by trillionaires?

More to the point: If technology leads to the slow but certain elimination of what economists used to refer to as the middle class – while suppressing a laugh – who will be left to buy the next billion iPads, Android phones and Quarter Pounders that made this all possible in the first place? What will that America look like? And if your answer to either or both is India or China, ask yourself if you want Seattle to look more like Mumbai or the other way around. How much would an iPad cost if it were manufactured in the U.S.? About 57 percent more, actually, but still far less than what it’s costing a lot of the people who are currently providing the cheap labor that makes it possible for Apple to pocket such enormous profits.

Sure, Marissa Mayer is more educated and skilled than the average McDonald’s employee – maybe even every McDonald’s employee. Among lots of other very important things, she was responsible for maintaining the clean, utilitarian look and functionality of the Google homepage during her 13-year stint with the search giant. That’s certainly worth a penthouse at the Four Seasons in San Francisco, right? And that’s not for the night or for the weekend. And she’s got plenty of walking-around money to fritter away on “worker-class-type” luxuries like Shamrock Shakes.

The heart of workflow, the “promise” of workflow, is the ability to eliminate the time-consuming, low-skill functions that slow big-picture processes and erode profitability. In other words, this mobile device, this cloud-based app, this state-of-the-art piece of equipment renders everyone but the “knowledge” worker irrelevant to the process. Where do they go, and what do they do? Not our problem.

Yet despite all the technology and “synergies” that have been crammed down the American worker’s throat for the past couple decades, we still keep working longer and harder and more productively than ever before – and keep falling further and further behind for our troubles.

However, hourly compensation fell 3.8 percent in this same period, the largest contraction of wages in a three-month period since 1947.

How is this possible? And how can the “worker class” survive it?

“It’s the great paradox of our era,”  said Erik Brynjolfsson, a professor at the MIT Sloan School of Management, in a must-read Technology Review article titled “How Technology is Destroying Jobs.” “Productivity is at record levels, innovation has never been faster, and yet at the same time, we have a falling median income and we have fewer jobs. People are falling behind because technology is advancing so fast and our skills and organizations aren’t keeping up.”

Technology isn’t going to suddenly stop or even plateau. Today’s “knowledge worker” is tomorrow’s burger-flipper, and there’s nothing any of us can do about it. 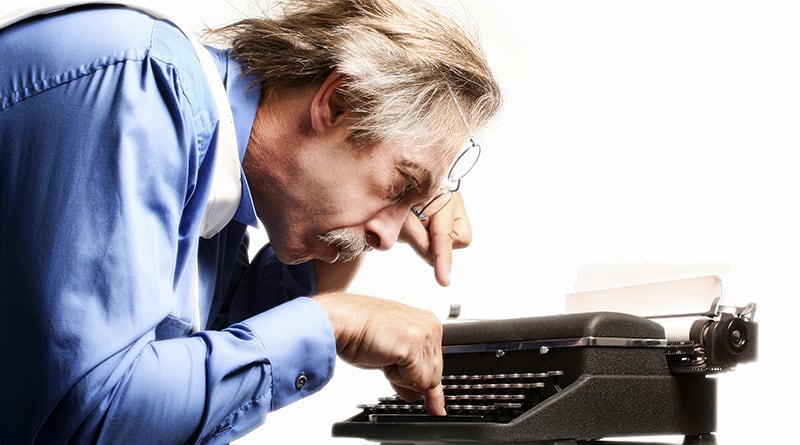